Future of the Sport athlete Neilly Ross has been killing it this year in the junior scene, and just last month she entered her first-ever pro tournament. At only 13 years of age, Ross has already competed in the U21 World Championships, Open World Championships and, just recently, a pro event: the U.S. Open, where she finished fourth behind Erika Lang, Natallia Berdnikava and Whitney McClintock. Get to know this talented trick and slalom star in a short two-minute interview, which features her 9-year-old brother, Charlie, who has also been leaving his mark in the sport.

Pine Mountain, GA (May 29, 2016) – The 57th Masters Water Ski & Wakeboard Tournament® presented by GM Marine Engine Technology at Callaway Gardens was filled with amazing moments on the water for the final day of competition. New Masters champions were crowned and two new course records will go down in the history books of the most prestigious event in watersports.

I wanted to release my NEW children's book at the 57th Masters as it has a water ski theme to it. ...So my thoughts were to give anyone a copy if they tied or broke any records.

When the World gets in the Way was born out of nostalgic inspiration for the days of growing up in a device free world where as a child the adventure was to roam free while being cleverly inventive and resourceful when it came to problem solving. I personified this in a young character named Tucker. He is a free spirited 10-year-old boy with a HUGE imagination. The classic story of a boy, lost in the shadow of his older brother Matt, struggling to find himself. With the guidance of his best friend Meredith, who is irresistible as gravity, makes a connection and begins to follow his heart. This wonderful character reveals endless imagination evoking the love for life quality of fairy tale. Capture youself in this enchanting journey of passion and intrigue. Enjoy life's little discoveries that inspire celebration and give Tucker a sense of pride, bringing treasures to the child in each of us. Tucker is accompanied by his faithful companions JacX “The Great DaneDeer ™ ” all the while being narrated by a brainy little beaver named Langferd.

"That is so incredibly nice!! Neilly has a 10 year old brother, Charlie, so this book will certainly be a hit. "

HRR Behind the scenes 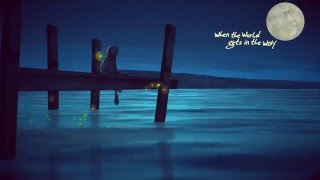 On the shores of Meredith's mind 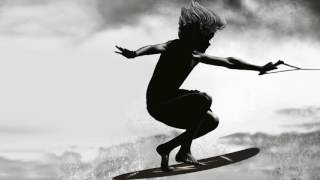 When the World gets in the Way Summer 2016

HRR Behind the scenes